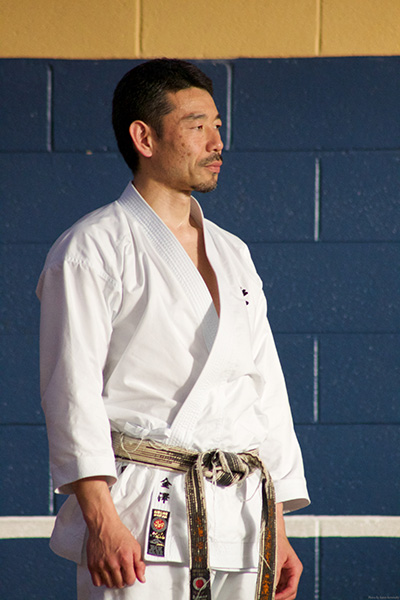 Kancho Nobuaki Kanazawa was born in May 1972 and is the eldest of three sons of Soke Hirokazu Kanazawa - 10th Dan Supreme Instructor and Founder of Shotokan Karate-Do International Federation.  Kancho Nobuaki Kanazawa is the current head (Kancho) of Shotokan Karate-Do International Federation Worldwide and travels the world doing seminars and gradings.  Kancho was educated at Taisho University and joined Karate-Do in his teenage years; Kancho quickly found his natural talent in Karate-Do and won many notable championships.

Kancho comes to Ireland twice per year, in April/May and October/November, to conduct training and grading seminars along with several instructors from SKIF GHQ in Tokyo and all students of Bushido Karate Club grade and train under Kancho to ensure they receive the high standard of training that all Bushido Karate Club instructors have received over the years.  Kancho is also the honorary president of SKIF Ireland, which is a massive honour for SKIF Ireland.