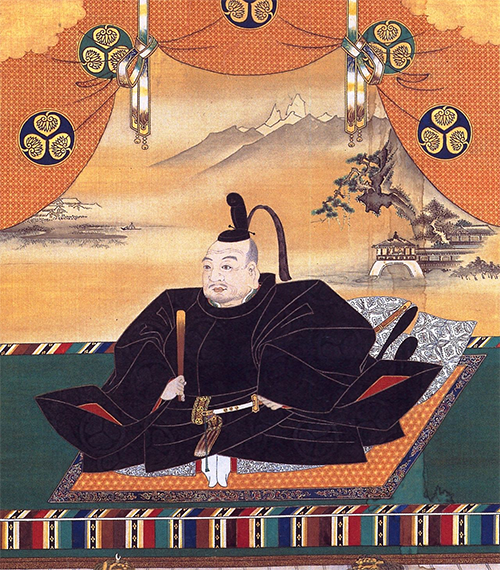 A shogun (将軍) was a hereditary military governor in Japan during the shogunate period from 1192 to 1867. In this period, the shoguns were the de facto rulers of the country, though officially, they were appointed by the emperor.

The modern rank of shōgun is equivalent to a generalissimo. Although the original meaning of shogun is simply a "general", the title was the short form of sei-i taishōgun (征夷大将軍), the governing individual at various times in the history of Japan, ending when Tokugawa Yoshinobu relinquished the office to the Meiji Emperor in 1867.

A shogun's office or administration is the "shogunate", known in Japanese as the bakufu (幕府), literally "tent office/government"), which originally referred to the house of the general and later also suggested a private government under a shogun. The tent symbolised the field commander but also denoted that such an office was meant to be temporary.

The shogun's officials were, as a collective, the bakufu and were those who carried out the actual duties of administration, while the imperial court retained only nominal authority. In this context, the office of the shōgun was equivalent to that of a viceroy or governor-general. However, the shōguns often wielded far greater power than a governor-general would ordinarily have.

Initially, the title of Sei-i Taishōgun ("Commander-in-Chief of the Expeditionary Force Against the Barbarians") was given to military commanders during the early Heian Period for the duration of military campaigns against the Emishi, who resisted the governance of the Kyoto-based imperial court. Ōtomo no Otomaro was the first Sei-i Taishōgun. The most famous of these shoguns was Sakanoue no Tamuramaro, who conquered the Emishi in the name of Emperor Kanmu. Eventually, the title was abandoned in the later Heian period after the Ainu had been either subjugated or driven to Hokkaidō.

In the later Heian, one more shogun was appointed. Minamoto no Yoshinaka was named sei-i taishōgun during the Gempei War, only to be killed shortly after that.

In the early 11th century, daimyo protected by samurai came to dominate internal Japanese politics. Two of the most powerful families – the Taira and Minamoto – fought for control over the declining imperial court. The Taira family seized control from 1160 to 1185 but was defeated by the Minamoto in the Battle of Dan-no-Ura. Minamoto no Yoritomo seized certain powers from the central government and aristocracy and established a feudal system based in Kamakura in which the private military, the samurai, gained some political powers. In contrast, the emperors of Japan and the aristocracy in Japan remained the de jure rulers.

In 1192, Yoritomo was awarded the title of Sei-i Taishōgun by the emperor. The political system he developed with a succession of shogun at the head became known as a shogunate. Yoritomo's wife's family, the Hōjō, seized power from the Kamakura shoguns. When Yoritomo's sons and heirs were assassinated, the shogun became a hereditary figurehead. Real power rested with the Hōjō regents. The Kamakura shogunate lasted for almost 150 years, from 1192 to 1333.

In 1274 and 1281, the Mongol Empire launched invasions against Japan. An attempt by Emperor Daigo II to restore imperial rule in 1331 was unsuccessful but weakened the shogunate significantly and led to its eventual downfall.

The end of the Kamakura shogunate came when Kamakura fell in 1333, and the Hōjō Regency was destroyed. Two imperial families – the senior Northern Court and the junior Southern Court – had a claim to the throne. The problem was solved with the intercession of the Kamakura Shogunate, which had the two lines alternate.

This lasted until 1331 when Daigo II (of the Southern Court) tried to overthrow the shogunate to stop the alternation. As a result, Daigo was exiled. Around 1334–1336, Ashikaga Takauji helped Daigo regain his throne.

The fight against the shogunate left the emperor with too many people claiming a limited land supply. Takauji turned against the emperor when the discontent about land distribution grew significant enough. In 1336 Daigo was banished again in favour of a new emperor.

During the Kemmu Restoration, after the fall of the Kamakura shogunate in 1333, another short-lived shogun arose. Prince Moriyoshi (Morinaga), son of Daigo II, was awarded the title of Sei-i Taishōgun. However, Prince Moriyoshi was put under house arrest and, in 1335, killed by Ashikaga Tadayoshi.

In 1338 Ashikaga Takauji, like Yoritomo, a descendant of the Minamoto princes, was awarded the title of sei-i taishōgun and established the Ashikaga shogunate, which lasted until 1573. The Ashikaga had their headquarters in the Muromachi district of Kyoto, and the time during which they ruled is also known as the Muromachi Period.

Tokugawa Ieyasu seized power and established a government at Edo (now known as Tokyo) in 1600. He received the title sei-i taishōgun in 1603 after he forged a family tree to show he was of Minamoto descent. The Tokugawa shogunate lasted until 1867 when Tokugawa Yoshinobu resigned as shogun and abdicated his authority to Emperor Meiji.

During the Edo period, adequate power rested with the Tokugawa shogun, not the emperor in Kyoto, even though the former ostensibly owed his position to the latter. The shogun controlled foreign policy, the military, and feudal patronage. The role of the emperor was ceremonial, similar to the position of the Japanese monarchy after the Second World War.

A shogun was a military leader equivalent to a general. At various times in the first millennium, shoguns held temporary power, but they became a symbol of military control over the country. The establishment of the shogunate (or bakufu) at the end of the twelfth century saw the beginning of samurai control of Japan for 700 years until the Meiji Restoration in the middle of the nineteenth century.